How An Answering Service Saved Their Clients Marriage 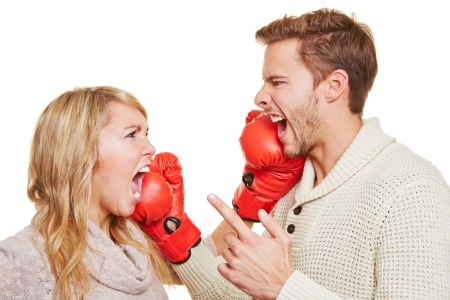 Pam headed out to CVS pharmacy on a cold January night to pick up her medicine. She arrived at CVS and went inside to get her prescription. Returning to her car Pam realized she had locked her keys in the car. She pulls out her cell phone and tries calling her daughter, but there was no answer. Then Pam dialed her son’s number, and he did not answer. Pam decided to call her husband, and guess what? He did not answer.

Standing by her car in the cold winter night and wondering what to do next. She was getting frustrated by the minute because no one was calling her back. Finally it dawned on her, call my husband’s answering service because they will answer.

Pam dials her husband’s office number and Kristy answers the phone. Pam was so relieved to hear someone’s voice. Pam went on to tell Kristy how she had locked her keys in the car and how furious she was that her family has not called her back. Kristy told Pam, “Let me look up a locksmith phone number for you.” Kristy finds the phone number and asked Pam, “Would you like for me to patch you to them.”

Pam stated, “No you can just give me the number and I will call them myself.”

Pam was astonished that her husband’s answering service would take the time out to help her during this crisis. Pam hung up the phone and called the locksmith. Five minutes went by and Pam is waiting for the locksmith and her phone rang. Pam answers the phone and it was Kristy from her husband’s answering service. Kristy went on to say, “Mrs. Pam I was just calling to make sure you got in touch with the locksmith and to see if you needed any more help.” Pam tells Kristy that she did get in touch with the locksmith and he stated it will about 30 minutes before he could make it to CVS parking lot to get her car open.

Kristy tells Pam “Since you are alone I will stay on the line until the locksmith arrives; however, I will have to keep putting you on hold when another call comes in.” During the 30 minutes that passed while waiting for the locksmith to arrive, Kristy talked to Pam in between other calls to make sure she was safe. The locksmith finally arrived after 35 minutes and Pam and Kristy ended the call.

But this is not the end of the story.

Jimmy finally gets home and there is Pam waiting patiently for him. She was so excited to tell him how his answering service took care of her that night. Jimmy was so relieved because Pam was not mad at him for not answering his phone. She was more interested in telling him about the compassion and the personal touch his answering had and how she knew his clients were also being taken care of.

Pam and Jimmy are still happily married to each other and their answering service.

Now this is a happy ending.

Many businesses have shifted from brick-and-mortar to virtual. Learn more about how we can help!